You play a game, and at first you kind of feel that you’ve seen it before.

That’s not a problem, there only are so many things that make sense mechanically to use in a game and when people do come up with a new one it’s generally packaged in a new way so you just associate it with that game. Which is why when I first played Death and Taxes I felt kind of nonplussed by the experience. The point of the game is that you’re a Reaper, created by Fate to keep the balance as you decide who lives and who dies as directed by Fate. You would think that this would be right up my alley because I have referred to myself as a bureaucratic humorist and this leans heavily into that but I just felt like I had played the game before. It felt like a different type of Paper’s Please with a little bit of hidden Reigns, which they openly talk about, and I had resigned myself to finishing because I wanted to give a review of the game.

Then the more I played it, the more I felt myself caring about the game. 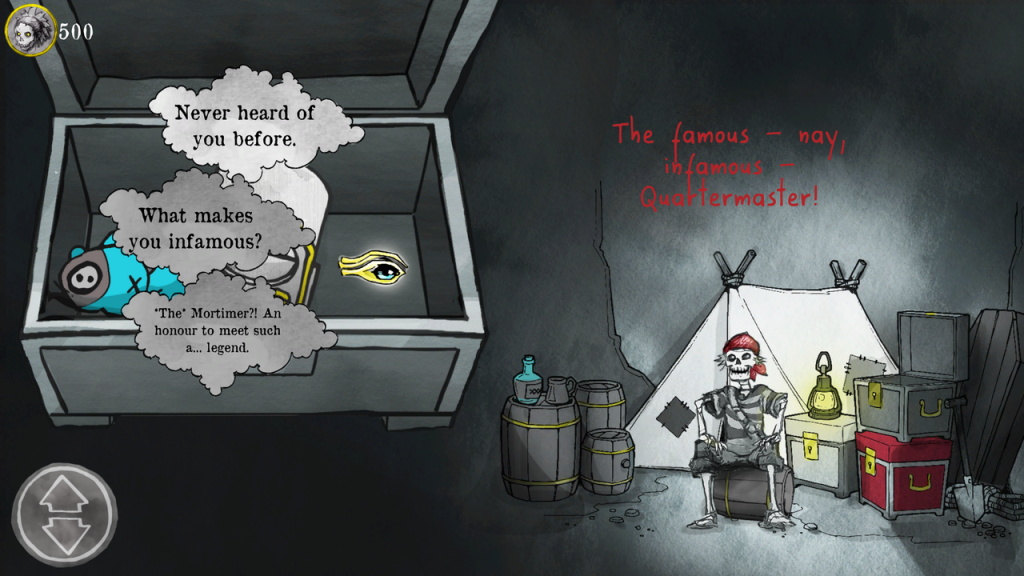 The characters are all just kind of lovely, from Fate droning on in that superior montone, to Fate’s cat Meow who takes over for a little while, to Moritmer the infamous Quarter Master. Even the voice in the mirror that’s trying to get you to do what it wants, rather than Fate becomes a thing I started to look for and became disappointed when I didn’t have any conversations with the mirror. I loved that Mortimer has a story behind every single item you can buy, and that they all serve a function that you may need to figure out during the course of the game.

The next day, after you decide who lives and who dies, I wanted to see the outcomes of my choices on the phone I got. Basically little tweets that told me what I had done, and I became invested in my choices. I started to read the profiles more and weigh my decisions heavier. So much so that I ended up with what’s apparently the good ending in the game, which makes me want to know what happens if things go wrong, or different.

Which to me, is the mark of a good game.

Buy it at itch.io or on Steam